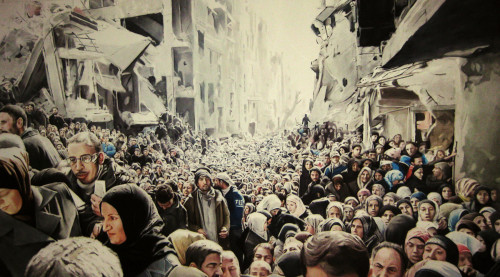 Posted January 21, 2016
Guest blogger Laura Jiménez Izquierdo looks at the art of Nuria Fermín in a current affairs post unlike any other.

Winter has finally come, and we breathe cold air in the streets. But the cold that makes us tremble is not only present in the way that makes us take our coats.

We see news all the time about other types of cold, icier and more quivering – the attacks of Paris, the bombing in Syria, refugees before the closed doors of Europe, the ignored in Ukraine. Sadness, apprehension, people trapped, unfair deaths and wars started on interests alone are not far away from fiction.

This is nothing new. It has been always with us. But it is not always shown. Or maybe we just cannot see it. I am not saying anything new when I refer to how the media shows biased news or how we are shocked by misfortune when fatalities nearby catch us by surprise. 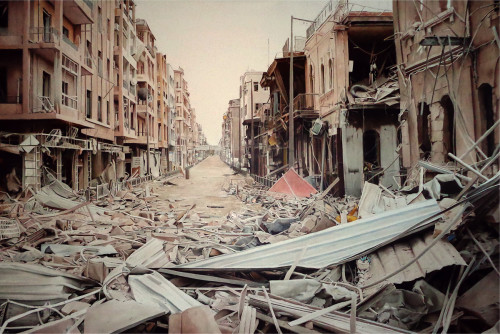 The artist Nuria Fermín knows also that this is nothing new, and she has been working on paintings that represent views of these conflicts. She takes images from the media, selecting photographs in newspapers and magazines, and paints them with oil or watercolor.

We can see empty avenues and ruined houses, quiet women and children in the street, a crowd which walks slowly to somewhere. These images do not explicitly show the suffering, the wounds, the fear or the grief but are rather calm scenes in a frozen silence. 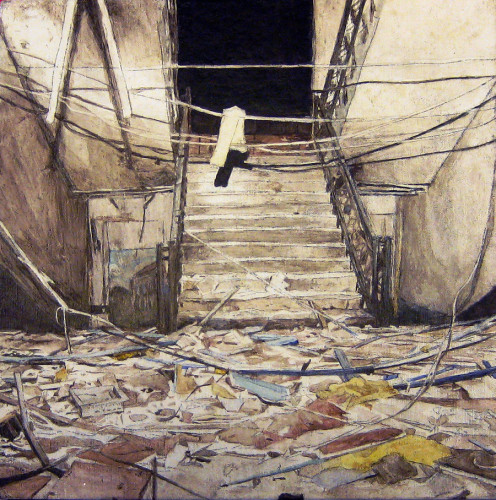 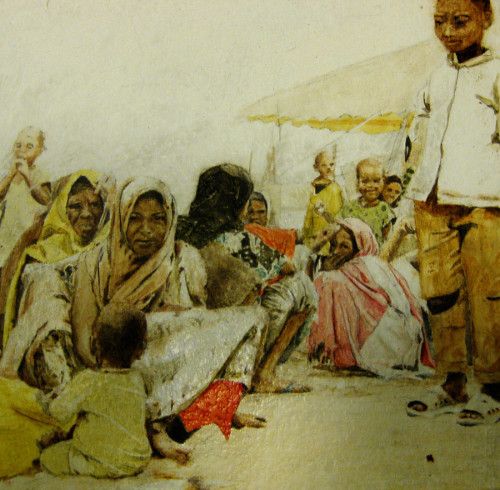 Now, when we see the titles of the pieces, we can confirm that which all of us were sensing. The destroyed buildings and the empty streets and cities are images of Syria and Ukraine; the mothers and children are groups of refugees in Kenya; the crowd is a Syrian group trying to run away slowly but urgently from what was once their home but where they do not find shelter anymore.

The artist tells us how she started to paint these ‘Escenarios Habitados’ (‘Inhabited Scenes’) when, in 2012, she saw a photograph of a child with a mental disability in a stretcher, helped by his grandfather in a street of Aleppo. Though surrounded by anxious civilians and bullet holes, the granddad and his grandson seemed calm, unaware of that terror, hate and suspicion. 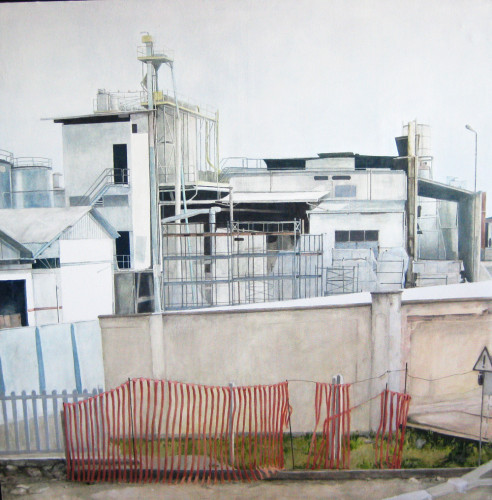 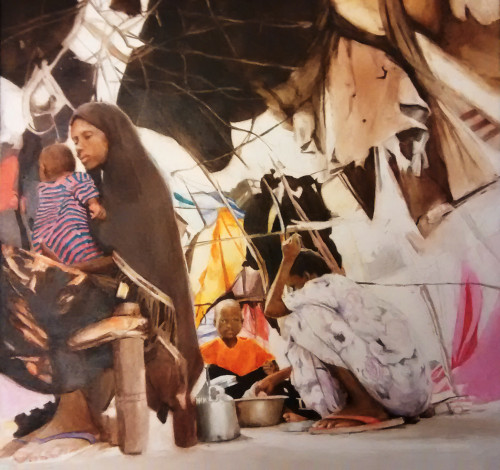 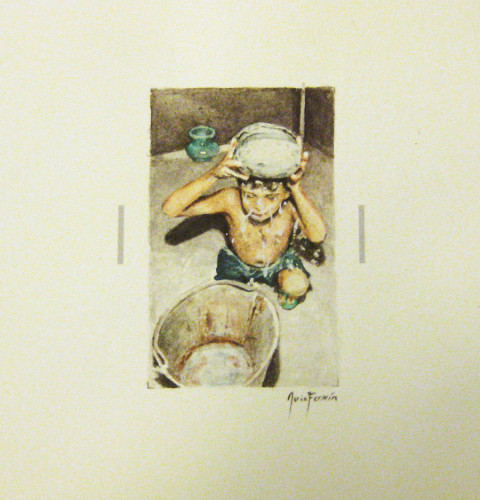 They may not understand what happened. They may prefer not to think about it. They may try to enjoy their company and the calm of a moment which is only theirs.

These ‘Inhabited Scenes’ look for an instant of calm in the course of a war. It is a call to rethink, to observe those places which remain hidden at the back of the disaster, where there are people – like you, like me, like us – who have to live that moment, without asking for it, without understanding it.

A captured reality which is mysteriously deafening and where calm can be breathed. A reclamation of peace for all the vulnerable people who are not participants and who, just like in the novel by Dulce Chacón, have The Sleeping Voice. 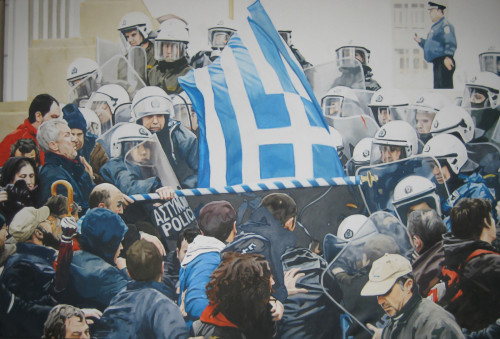 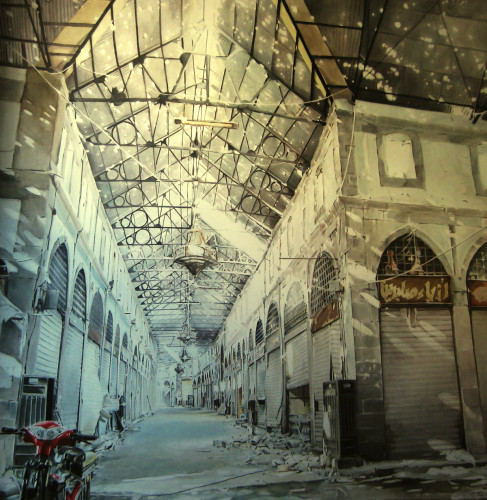 We are not going to change the world with these artworks or with this text.However, we cannot forget what is happening in Syria, in Ukraine, in Greece, in France, in Korea, in Afghanistan.

And we cannot forget that there are moments of silence. Not awkward or commemorative silences, but silences that are enjoyed by a granddad and his grandson, forgetting their adversities and the screams that they heard that morning.

A silence of calm, of peace with yourself and with those you love. Inhabited spaces of silence and resilience.

Article submitted by Laura Jiménez Izquierdo, curator and coordinator of the Online Gallery and Art Space 3K ART. Laura is a graduate of Art History at the University of Salamanca and has an MA in Contemporary Art History and Visual Culture. She is also a researcher of the representation of women in the history of contemporary art.